How To Play PES 6 Online

1. First list to the site pes6j http://www.pes6j.net/
2. You change the host file by downloading the program http://www.evo-league.com/files/misc/PSL_PES6J_Client_Setup.zip. If You scream Antivirus, just ignore, the program is not a virus and not dangerous. Guaranteed to be 100% safe!
For those who can not run this program, can be set manually, but complicated. How:
Edit the host file with notepad. hosts file is located in C: \ Windows \ system32 \ drivers \ etc \
Remove all IP addresses that are there and copy paste the contents of this text
210 249 144 166 we9stun.winning-eleven.net
217.112.88.118 pes6gate-ec.winning-eleven.net
If you've saved that file. DO NOT USE extension. Txt extension but save it as a no.
Link plague client in the media fire
http://www.mediafire.com/file/dmj41mymucn/PSL_PES6J_Client_Setup_2.zip
3. Make sure the option file is the original from konami, not the edits. Because if edits, you can enter the lobby, but it will not be able to start the game (start match). Please download the original file option http://www.mediafire.com/file/3uov2nnt2t1/KONAMI-WIN32PES6OPT
paste option is the original file to the My Documents \ KONAMI \ Pro Evolution Soccer 6 \ save \ folder1
4. PES 6 if already open and choose your NETWORK
5. Once the login menu appears, enter the password you created at the site pes6j. PES6's serial number automatically appear, but if want to be changed also. Then click CONNECT button. Please be patient as many are logged in, so we sometimes fail to login. repeat press the connect button. Usually takes 3-5 times, just to login. 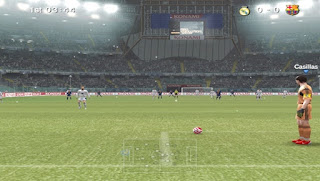 6. Press the X button (stick) or the enter key on the keyboard, until you find a menu choice lobby. Remember just select the appropriate place stay your lobby. Since you domicile in Indonesia, yes select lobby Asia, not the other. In addition to faster, if choosing the lobby in addition to domicile asia, you can get banned.
7. Congratulations you guys can just play. but to be more better, first open the Network Options menu, select the Cursor settings and please set your cursor speed. Do you want to use manual, semi-auto or otherwise.
8. Now it's time to play. you will return to the main menu. There select the Match Room. To play in a room that has been created, select the Room Selection.
9. Please select a room that was empty. Usually the room with the look of a man was waiting for the opponent. There are rooms that the ball icon that means they were playing. Choose the room that you like, and click Enter Room button.
10. If room is entered, click the button Participate in Match. and wait until the owner of the room to start the game. If the room that the owner does not immediately start the game room, wrote out of the room with choosing Leave room, and find another room to play with you guys.
How to make your own room!
If out of the room, but there are not reply, why not make your own room and wait for your opponent that will challenge you. How, in the Match Room menu (see the spoiler picture, selection room display), select the Room creation. Room section name will be loaded automatically, if you want you can replace it. if do not want everyone to enter rooms that you make, can be given a password really.
Click the create button and Participate in Match, and just wait for an incoming opponent. Once there is an opponent who entered the match start will be active and you can start the game. 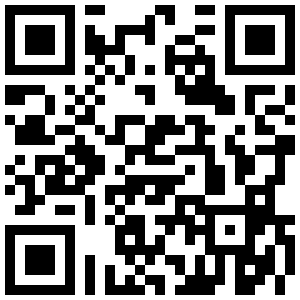